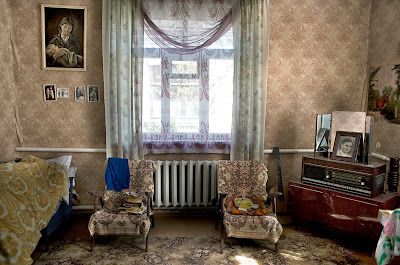 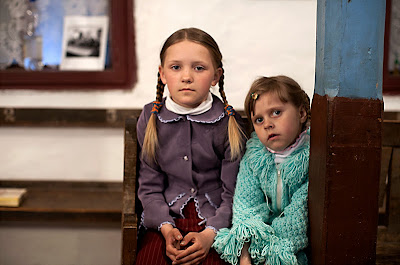 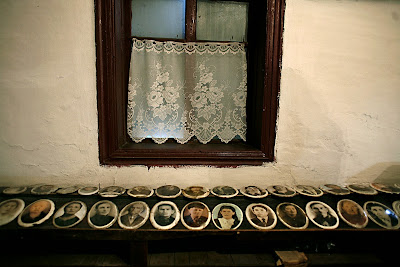 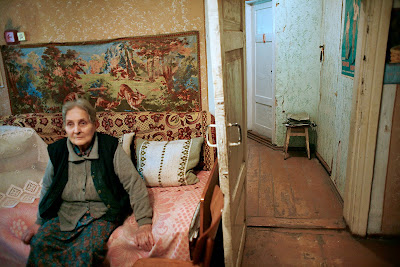 Natalia in her Room. Gnivan, Ukraine, 2007
Photograph (c) Loli Kantor
Loli Kantor is a fine art and independent documentary photographer I met at Portland's Photolucida Portfolio Reviews in April. She was born in Paris, France, raised in Tel Aviv, Israel and has lived in the U.S. and now Fort Worth, Texas since 1984.

Although both her parents were Holocaust survivors, photographer Kantor knew very little about that terrible time. In 2004, she began an odyssey in Poland and Ukraine (her parents were from different areas of Poland) that was not immediately personal. Her resulting photo album shows a progression of her observations.

On her first trip, Kantor participated in restoration work at a former concentration camp, and her images are black and white—train tracks, a foggy train window, a snow-covered road in a forest, an empty courtyard leading to her family’s home in Czestochowa, a portrait of a woman with an old family picture. The photos reflect the grimness of the past, the paths the victims took to their death. By 2008, her pictures are in color and include more people—a young woman and her baby, children rehearsing to perform at a retirement home, a table spread with platters of food. Conceived as a short-term project, the work has evolved into nearly a decade of a photographic exploration and now published as a book, Beyond The Forest, published by the University of Texas Press. 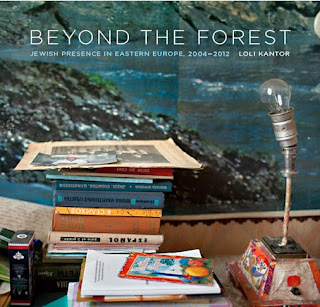 Beyond The Forest
Published by University of Texas Press

Finally had a brief biography dedicated to a web-page: http://artistmarcbreed.blogspot.com/